Welcome to Our Bike Shop!

Thanks for choosing Victory Velo. Dan and Dawn opened the doors in July of 2007. Dan grew up in Loomis and went to Del Oro High School. Dawn grew up in the San Francisco Bay area and moved to Auburn in 1991. Dan has been in the bicycle industry for 20 years, from working in bike shops to being an independent sales rep for such brands as Fox, Sidi, Easton and many more. Dawn has followed in his footsteps; Dawn has been in the bicycling industry for 15 years. She started at a bike shop, then worked for several years at CamelBak as a liaison for International Military Sales. Dawn then ventured out on the road as an Independent sales rep for brands as Pearl Izumi, CamelBak and Gu.

Together they came to a crossroads of not wanting to travel daily and wanted to be closer to home, raising their ever-growing herd of boys. This is how Victory Velo came about. Dan and Dawn are so passionate about bicycling, they wanted to pass this on to other folks in the Auburn community and beyond.

Dan has a long history of racing mountain bikes and road bikes. He still finds time to be very competitive on his bikes. Throw in racing his cross bike, single speed, and tandem bike, Dan still comes out winning or close to it!

Dawn has taken the last few years off of racing while chasing around their four boys. Dawn was an accomplished mountain bike racer. She now races around everyday keeping up with the boys. 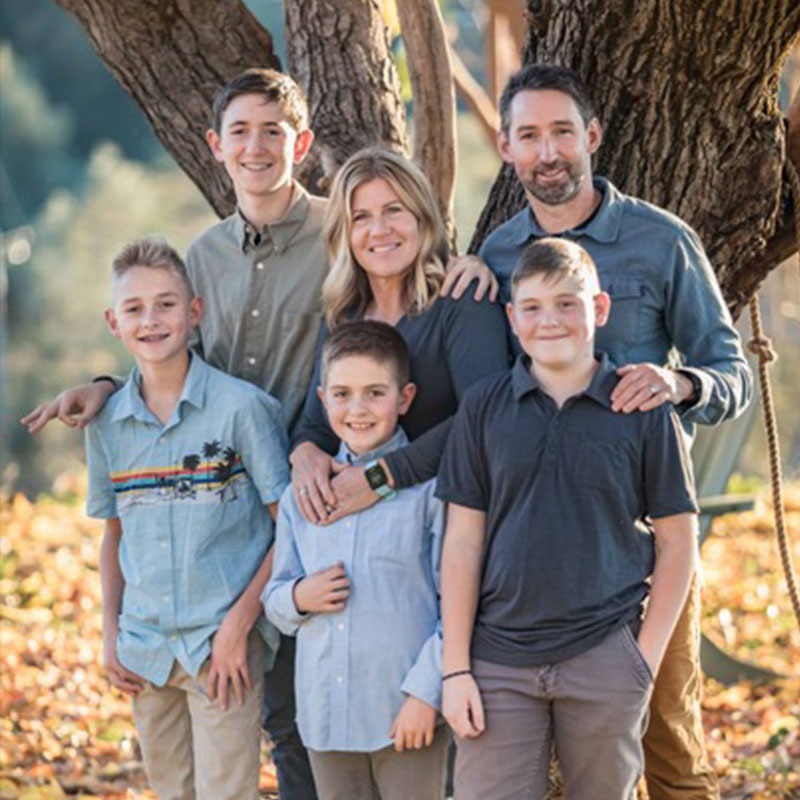 Sharing Our Passion With You

You will find Dan hard at work with everyday tasks at the bike shop. He has his hand in everything. He loves to meet and chat with people when they come through the door. It is what he loves best about his work.

Dawn is more behind the scenes these days. She is in charge of keeping the finances in order at the bike shop and making sure the product keeps rolling in the back door.

Dan and Dawn currently reside in Auburn, CA and have four wonderful boys, Devon, Dash, Danny and (the great) Dane. They love the community Auburn has built and are very happy to give back to the community through Victory Velo.

How Can We Help?